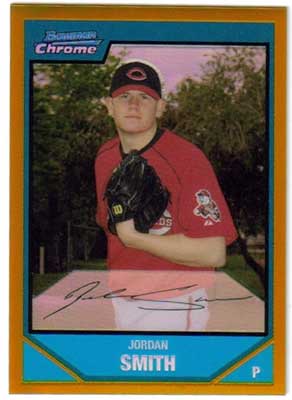 Yesterday I covered some of our better relief pitchers at inducing groundballs. Today I want to take a look into the starting pitchers that induce groundballs more than most others in the system. Playing in Great American (Homerun) Ball Park, its generally good to have pitchers who will keep the ball on the ground as one of their strengths.  I wanted to look at the Reds top five starters.

Little known prospect Yoel Contreras had a 59% groundball rate while playing for the Venezuelan Summer League Devil Rays/Reds team. His overall numbers weren’t impressive, but his groundball rate was among the best in the system.

Anthony Gressick, who shares a January 1st birthday with Yoel Contreras, also post a 59% groundball rate as he spent his season with the Dayton Dragons in the Midwest League. His groundball rate would have ranked him 3rd in the MWL. On top of inducing so many groundballs, Gressick was also striking out 20% of the batters he faced.

A Dragons teammate of Gressick, Travis Webb also brought a strong groundball percentage as he got 57% of the balls in play against him on the ground which was tied for 9th best in the Midwest League. Webb also was striking out 23% of the batters who stepped into the box against him.

The last guy to look at today was also in the Dragons rotation. Jordan Smith had a 55% groundball rate which put him 14th in the league, but he also threw more innings than most others among the league leaders.

It is interesting to note that all of these pitchers were below AA. While there isn’t a ton of study on the subject right now, I have noticed a trend that as guys move up, their GB% tends to get lower as they get higher up the food chain. To this point in time, there isn’t enough data to really gauge how much of a different there generally is for guys who continue to be over 50% in the major leagues and how they fared in the minors. In a few years though, with more data available like this for minor leaguers, it will be something worth looking into.