All of the teams in the league will keep their names – so that Billings Mustangs hat or jersey you owned will still be wearable to games if you are going to be going to them.That probably works out well for the teams, who are strapped for cash, as having new team names, logos, mascots, merchandise – well, that’s not exactly a cheap venture to take on.

The Pioneer League gets the “independent” moniker, but they aren’t all that independent. Major League Baseball, according to their press release, “will provide initial funding for the league’s operating expenses, as well as install scouting technology in Pioneer League ballparks to provide MLB clubs with first-class scouting information on Pioneer League players”. That’s an interesting statement given that as far as I know, all of the parks in the Pioneer League already had Trackman installed in them. That was paid for by the parent clubs at the time, who wanted to have that data for their own purposes. My guess is that teams are simply being reimbursed to leave their equipment there rather than sending someone out to collect it. MLB’s statement just makes it sound like they are doing something a little bit extra.

This saga ends what was one of the longest running affiliations in baseball. The Cincinnati Reds had been affiliated with the Billings Mustangs since 1974. 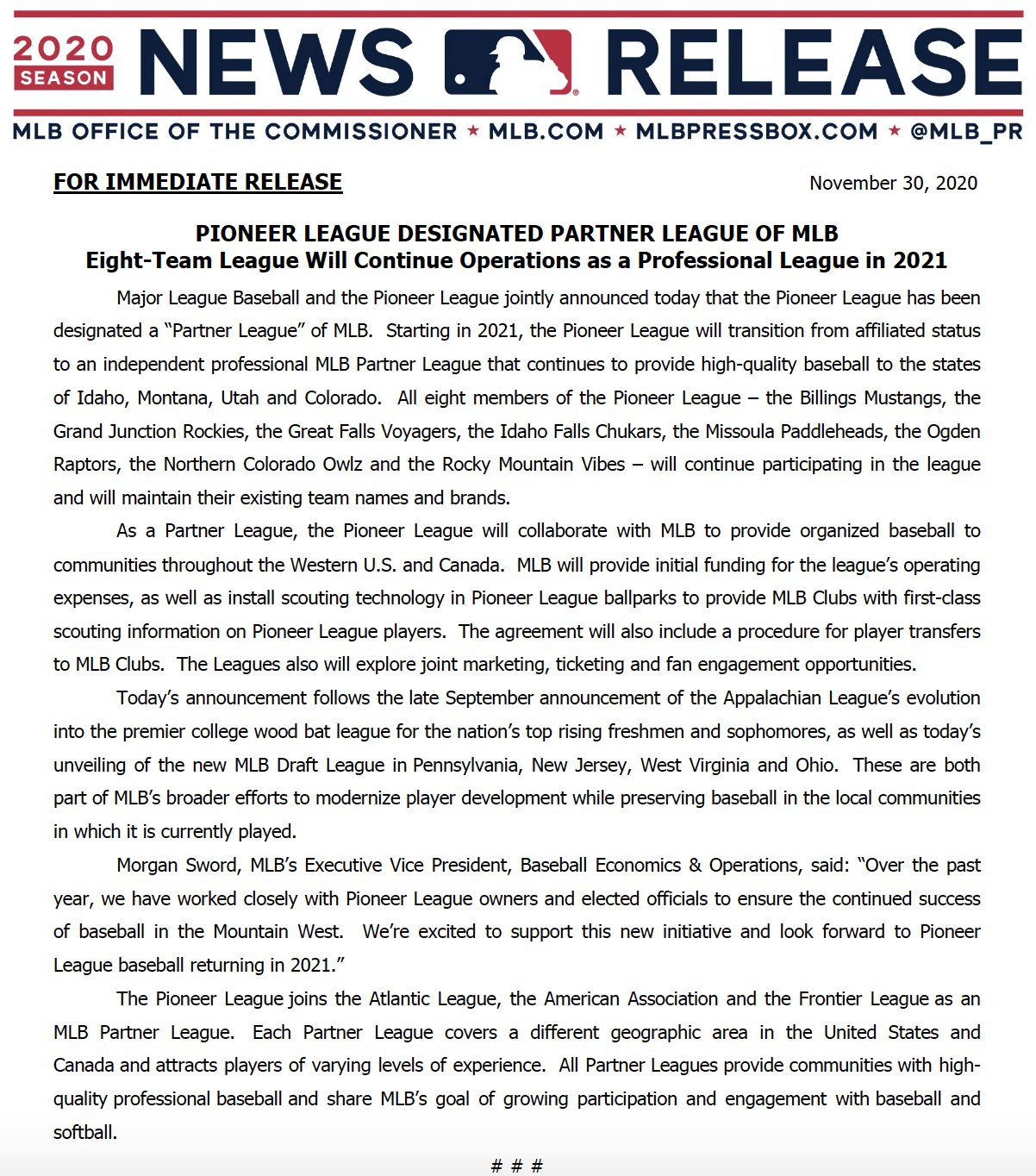 While Billings will become an indy team, with the backing of MLB, yet another league is popping up in the “summer MLB draft prospect” area that the league has been pushing. Unlike the Appalachian League, that is keeping it’s previous name but moving to a college summer league for draft prospects, this new league is simply being called the MLB Draft League.

The press release states that the MLB Draft League “will become the first league in the country focused on top prospects who are eligible to be drafted by MLB Clubs that summer” and will include former Minor League Baseball franchises the Mahoning Valley Scrappers, the State College Spikes, the Trenton Thunder, the West Virginia Black Bears, and the Williamsport Crosscutters. There is a sixth team likely to join, but it has not yet been announced. The league will play a 68-game schedule, with an All-Star break set around the time of the MLB Draft each season.

What’s interesting about this particular league, as reported by JJ Cooper of Baseball America – high school players are eligible to play in this league. This isn’t a “college only” league. Of course it’s unlikely that we’ll see that happen given that the league is likely to be made up of college seniors, who by-and-large are going to outclass a high school senior when it comes to on-field ability , particularly when you think of the high school types who would go play here – it won’t be the 1st and 2nd round types.

Here is the full press release on this league 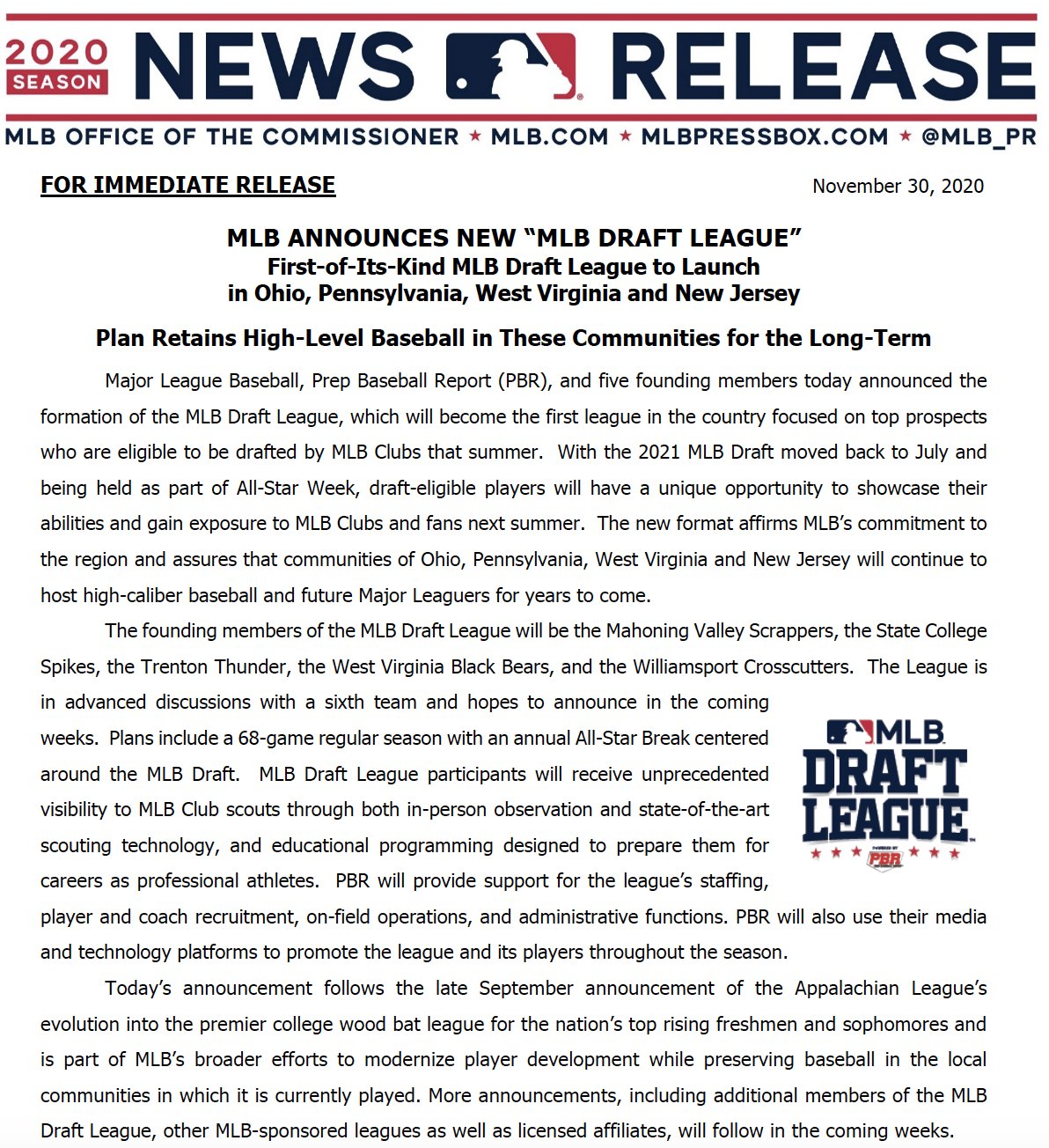