When the Cincinnati Reds drafted Austin Hendrick last summer with their 1st pick in the draft there was a lot of things to like from the high school outfielder. None of those things was more impressive than his raw power, though. Said to have arguably the best power in the entire draft class, Hendrick has big upside in this area.

Unfortunately because of what was going on in the world at the time, we didn’t really get much of a chance to see it. The Reds did invite Hendrick to be a part of their alternate site for the final week of the year. This was likely just to get him a little “tune up” so to speak before he headed out to Goodyear where he then participated in Cincinnati’s instructional league. Both the alternate site and the instructional league was closed to the public, so there wasn’t much opportunity to see much of anything that took place there. I would get reports on some guys every so often, and had some video shared with me every so often, too – but information was limited.

Spring training this year is still closed off to the public, which does still limit the information that’s coming out of Arizona. But at least we are living in the year 2021 and social media is a thing. While it always feels a bit gross and TMZ-like to be following players on social media and then writing stories about it, but sometimes that’s what we’re going to do and today is one of those days. Reds minor league hitting coach Jordan Stouffer (set to be the AZL Reds hitting coach this year) shared pictures of a busted out back windshield in the parking lot, tagging Austin Hendrick in the photo.

Curiosity got the best of me and I decided to try and do some investigating. Only one backfield in Goodyear has a parking lot that’s reachable with a hit baseball. Now it was trying to figure out where the car that was struck was parked. Fortunately the picture from Stouffer provided the evidence needed (you can click here to see the photo if you really want to see it).

Using Google Maps measurement tool, and assuming the ball shattered the windshield on the fly instead of a bounce (which is possible, but a little less likely as it would lose plenty of force after striking the ground), the ball that Austin Hendrick hit comes in at 460 feet. 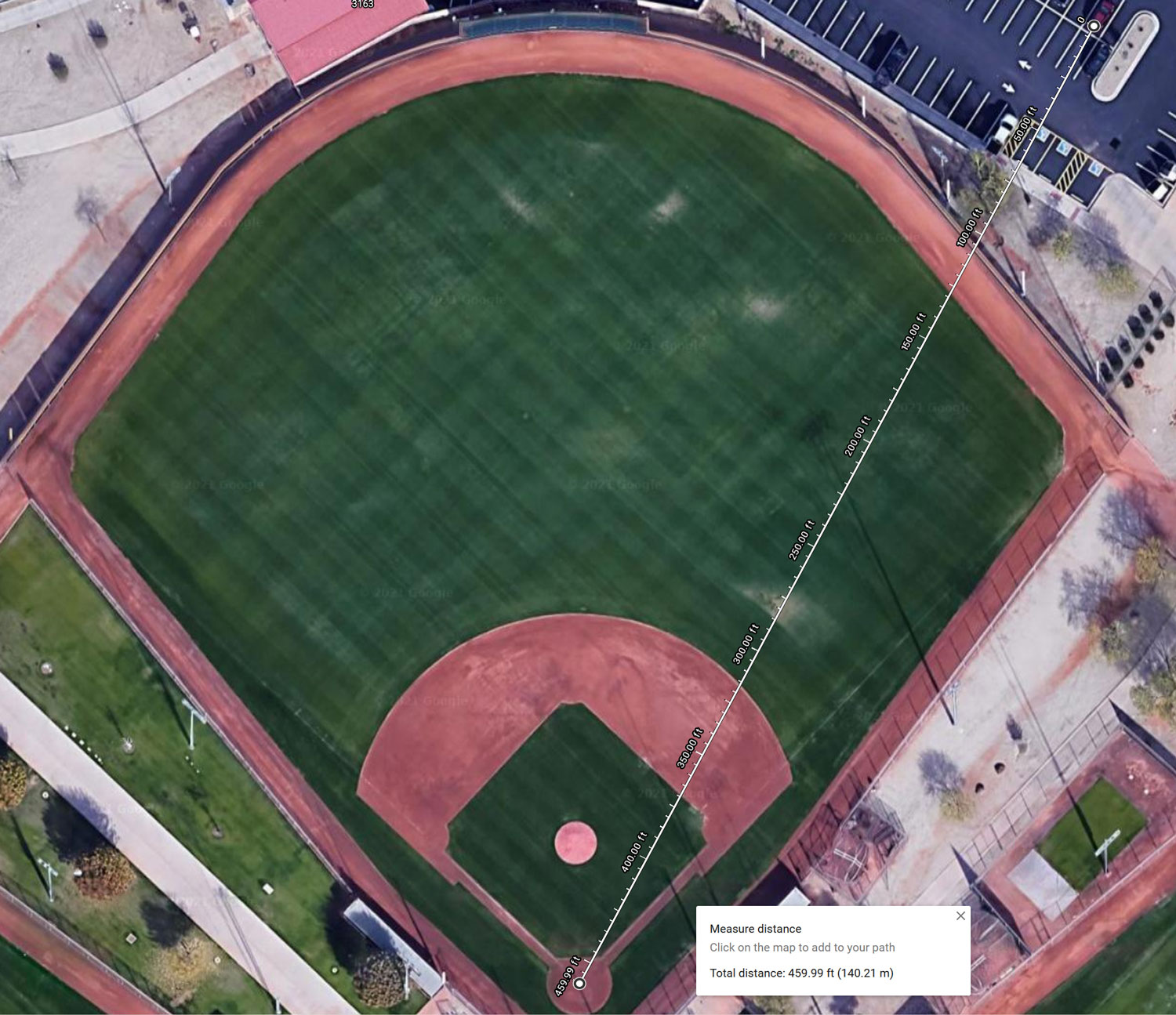 That will certainly play, folks. That’s a whole lot of power for a guy who was playing high school baseball a year ago.

Last summer the Reds picked up Christian Roa in the 2nd round of the Major League Baseball draft. The right-handed pitcher was sitting 92-93 and touching 95-96 every so often as a starter. His velocity was fine, but in today’s day and age it certainly didn’t stand out.

Spring training just started a week ago, with the Reds holding their first on-field workout last Sunday. That means that pitchers are just getting underway as they prepare for the regular season that begins on May 4th. Christian Roa threw on Saturday and the righty was sitting 95-97 MPH during his live session according to a source I spoke with.