Last night I spent the evening in Louisville watching the Bats take on Toledo. Things didn’t turn out well in the long run as they fell 7-6. There were some good things from the game to note though.

Steve Selsky was flashing the power all night. He tripled early in the game and homered later on to give the Bats the lead.

Yorman Rodriguez went 0-3 on the night, though he did draw two walks. He made a very nice leaping catch on the warning track to end an inning the 4th inning. The ball was hit very well and Rodriguez showed off good speed to track it down. 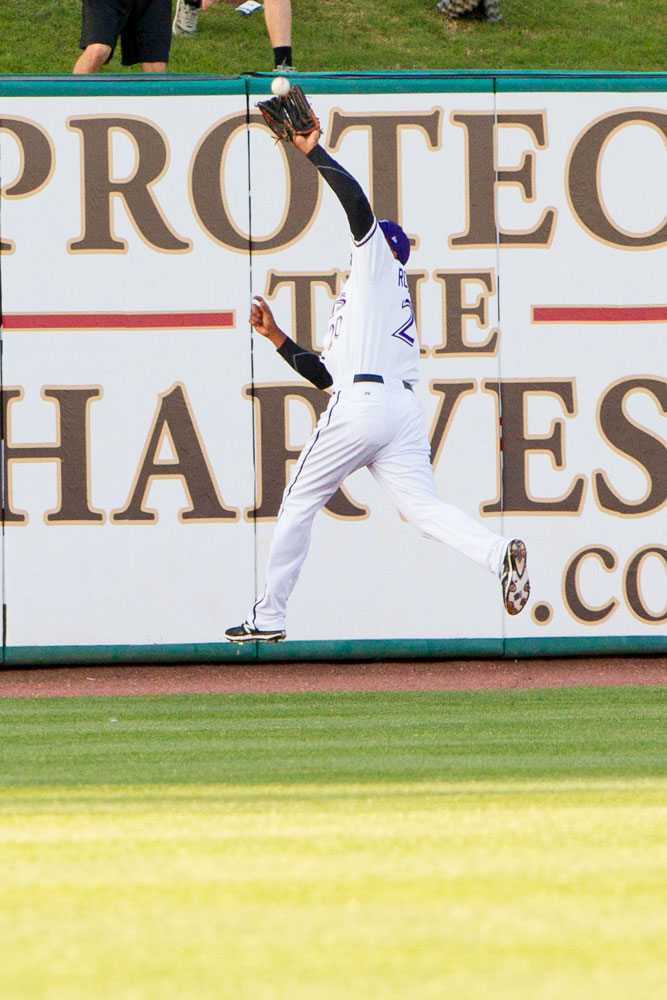 Nate Adcock came out of the bullpen for Louisville, and while he eventually took the loss in the game, he was showing good velocity with his fastball. It sat at 94 MPH for his inning of work.

In the short time I had available this morning I turned on MiLB.tv and looked at a few highlights from the Dayton game. I will have more on it all at some point in the future, particularly once I get to see all of the guys play in person. But two things of note: Narciso Crook looks the part. Nice swing, physical guy, has some strength. Aristides Aquino showed off some speed, beating out an infield hit with a 4.16 down the line.

Mark Armstrong pitched out of the bullpen for two innings last night for Dayton. He was supposed to be starting on Tuesday in Dayton, so perhaps this was just used as his side session between starts. You don’t see that often, but with Nolan Becker being promoted after the team arrived in West Michigan perhaps a short bullpen led to a situation where it had to happen.