Perhaps the headline is slightly misleading. Unprecedented may not be the right word, because I honestly didn’t check things out too far into the past, and batted ball data in the minor leagues only goes back to 2008. But today I came across something downright hilarious with regards to the power that Ibandel Isabel showed this season.

If you follow the Cincinnati Reds farm system you’ve probably heard and read all about Ibandel Isabel and his power. Earlier this week in the longest home runs of the season for the Chattanooga Lookouts article I noted that he had hit 20 home runs that went at least 400 feet this year. And with that note came the other note that only two players in the league even hit 21 total home runs. That alone is just a silly statistic to contemplate.

But earlier today I was going through the data, creating spray charts and compiling information on different hitters in the Reds organization. One of the first players I looked at was Ibandel Isabel. While it wasn’t the first thing that I noticed, when I got there it jumped out at me. His home run/fly ball rate was an absurd 44.1% this year. Basically that means that 44.1% of the fly balls he hits go over the fence for home runs.

But here’s where things just get crazy. The Chattanooga Lookouts and Ibandel Isabel play in the Southern League. Obviously Isabel led the league in home run/fly ball rate. His 44.1% mark wasn’t just on top of the league, it made an absolute traveshamockery of the league. Setting the minimum plate appearances in the league to 150 plate appearances makes it so 131 players were eligible for the chart below: 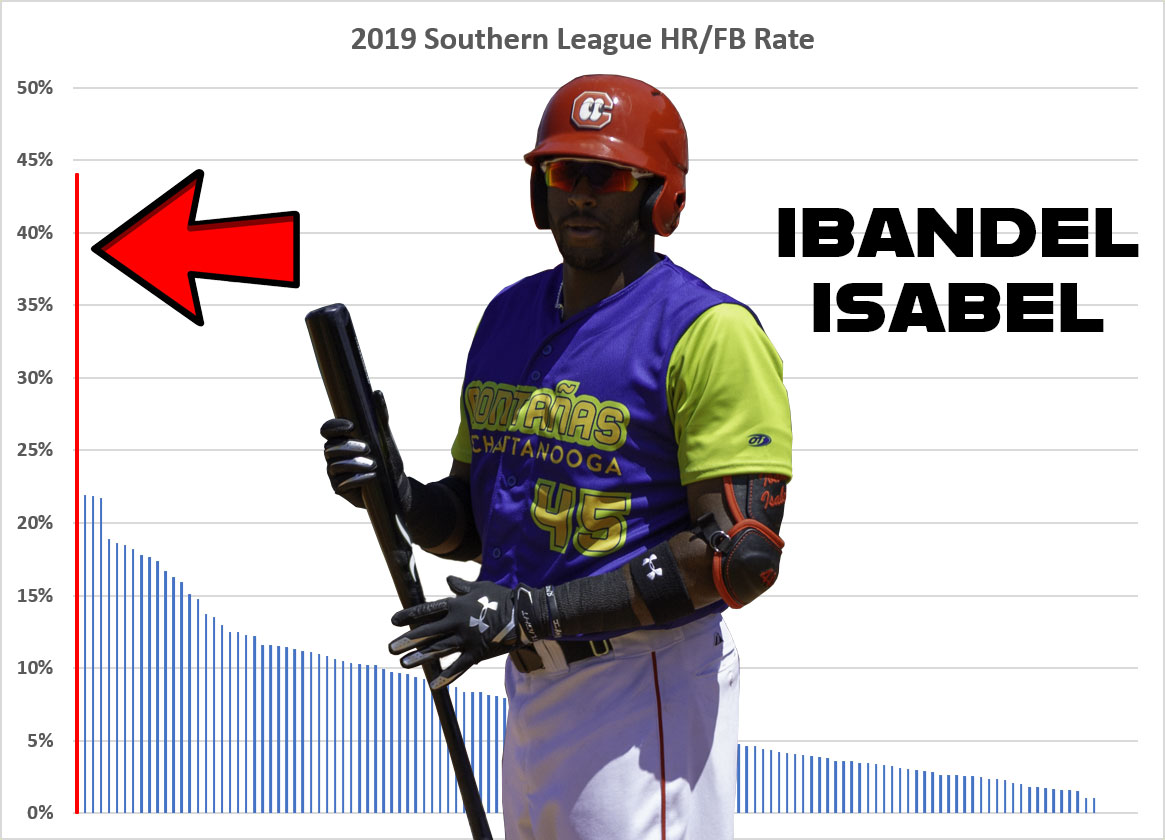 Only three other players in the league even reached the 20% plateau. But here’s where it gets even more fun…. the gap between Ibandel Isabel and 2nd place in the league was larger than the gap between second place and literally 0%. While there is clearly areas of his game that could improve, what he’s able to do when he makes contact is hilariously special. To quote Billy Madison: He’s good (soft chuckle).