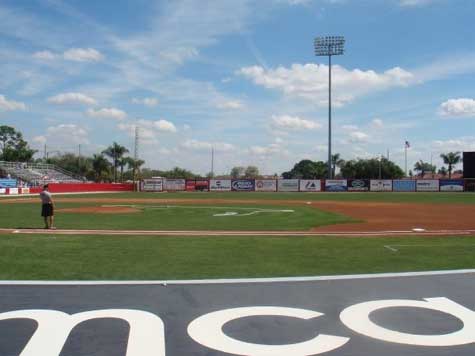 The Sarasota Herald Tribune has an article up right now and right in the middle is this quote from John Allen:

“If they come up with the funding, wherever they get it from, we are going to Goodyear,”

To me, that signals they are going to Arizona. Goodyear is going to come up with the money, they don’t seem to have had any problems doing it so far. There is more to the article, but that quote sums it up pretty much for me.

Lisa Winston (of Milb.com) stopped by Reds camp and wrote an article about it for Milb.com. She covers Jay Bruce, Josh Roenicke, Adam Rosales and has a brief interview with Joey Votto.

Ben Badler over at Baseball America has more information on Juan Duran. Nothing major, but hits on how the Reds went about signing Duran and keeping it quiet while doing so.  It also notes that he is about 6’5″ and he says he weighs 204 pounds. Badler also says that Duran is in the Dominican right now, but could end up in US before spring training is over.