Cincinnati Reds top prospect Hunter Greene is back on the mound. For the first time since having Tommy John surgery in April of 2019, the right-handed pitcher was throwing off of the mound – throwing a bullpen session in Goodyear on Tuesday afternoon. Greene shared some video of that on his instagram feed.

First bullpen today felt great! Missed the sound of the glove popping and the feeling of being off the mound. Been a long time coming, but still a lot of work to do and a lot more to learn throughout this humbling process. Baby steps????

As was noted last week, VP of Player Development Shawn Pender said that games were likely for Hunter Greene in mid-to-late May in extended spring training, and then he could join either Dayton or Daytona depending on where they felt was the best fit for him at the time. It was also noted that he would piggy-back with another starting pitcher and throw limited innings per start during the 2020 season.

In his recovery, Hunter Greene has remade his mechanics. As he’s loading, look at his pitching arm. The right arm does not straighten out and “lock” into a straight line. Watch the video below of Greene throwing in The Futures Game as he loads his arm. He “locks” his arm out into a straight line, so-to-speak, before then coming forward in his motion.

To better illustrate it, I have taken stills from the video that Hunter Greene posted on instagram and from The Futures Game outing at the point that his arm is the “straightest” in his load. The difference is very clear. 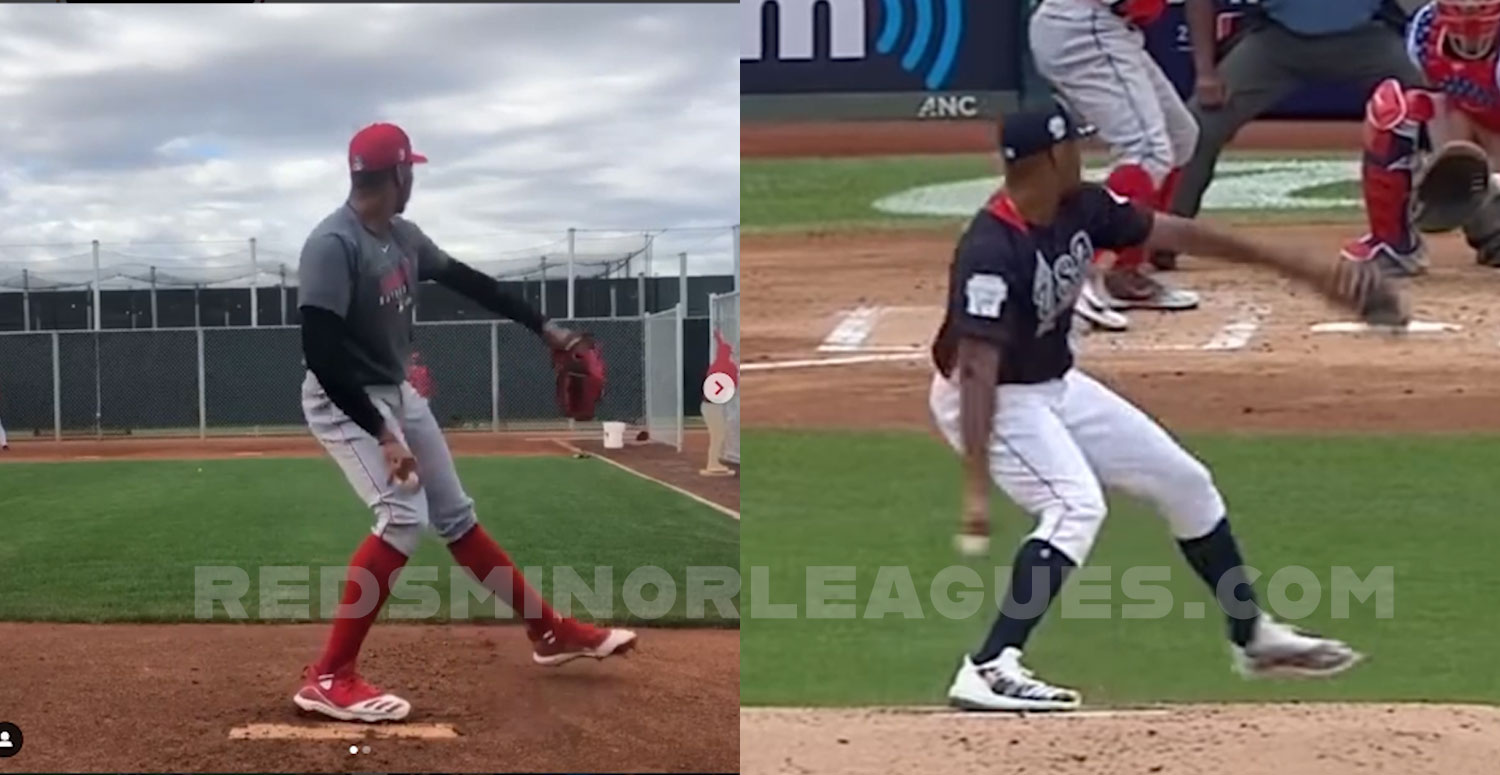 Now, it’s worth noting that in one of these clips Hunter Greene is going all out, and in the other one that almost certainly isn’t the case. But we can also look at older video of Greene pre-surgery simply tossing and that “locked” arm action is still there. Here’s a clip for anyone who would like to see it.

Greene has mechanics now that have shortened his arm path and eliminated that “locking” spot in his load. Anthony DeSclafani used to also get to that point in his mechanics (see this video from 2016 for example). He began to shorten his arm path quite a bit in 2019, too, getting to this point near the end of last season.

We’re still a few months away from seeing Hunter Greene back on the mound in game settings. But for the first time in nearly 12 months he’s back on a mound and throwing a baseball. And his mechanics are quite a bit different than they were at that time, too.